Rewarded video ads: The complete guide for your app monetization

Creating the app in the evergrowing competitive market isn't easy, so almost 90% of the app developers are making free apps and are in constant need to monetize them properly to get decent ad revenue.

What is rewarded video?

Rewarded video ads or rewarded videos are 15-30 sec non-skippable videos that get maximum attention due to the valuable reward at the end of it. App users choose to watch rewarded video ad in exchange for something valuable, like virtual currency ("gold coins" in the game app), additional lives, power-ups, and new features unlocked.

Rewarded videos are ads which are shown only when the user chooses to see them. Rewarded ads are seamlessly integrated into the app interface and totally initiated by the user: he opts-in to watch the video ad in exchange for a reward. The reward includes incentives like access to premium features, virtual currency, extra lives etc. This monetization method is a powerful ad revenue driver and widely used both by mobile games and non-gaming apps.


Example of the rewarded ad:


Let's take the all-time favorite app Angry Birds. A user can run out of birds and get stuck at the same level. He is asked if he wants to get an additional bird by watching a video ad. Alternatively, he can make in app purchase or lose the level. 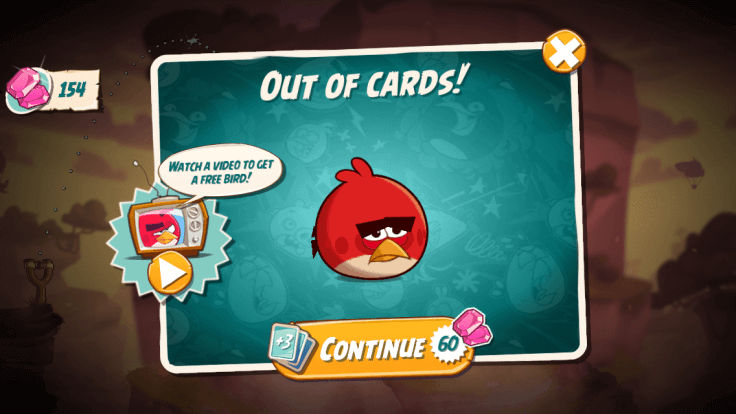 Set up different reward values to different ad units and integrate them in your in-app economy. User will watch an ad while stuck in some part of your app or if he's eager to try premium feature for free.

What are the benefits of the rewarded video?

Rewarded video ads are highly engaging ad format that provides up to 40% higher ad revenue compared to commonly used ad formats, eg. banners or interstitials. The rewarded ads generate higher eCPMs, as they are not skippable and have to be watched till the end to get the reward. It also increases user engagement, retention and lifetime value in the long run. This ad format is beneficial both for publishers and advertisers: brand's marketing teams are aware that rewarded video ads are close to the premium ad format and are ready to pay more to acquire new users.


Another benefit you could not ignore — is the proportional growth of in app purchases: rewarded video ads usually offer incentives like limited-time access to premium features users may love and buy later for the real money.

User experience and the ad setup plays a crucial role in how users will interact with your rewarded video. Clearly define the benefit of watching the video — it should be something worth investing time.


Don't place rewarded videos on random parts of your app — make sure this ad is an essential part of the game experience. This includes mid-level placement (the level completion screen, the level failure screen), game store etc. Right ad placement will eliminate random clicks, and 1-2 rewarded videos in-app will make the user feel that these in-game items are really precious and they are not that easy to get.

For game apps, the most common way to keep users engaged during the video ads is to offer them golden coins afterward. Gamers are usually eager to earn more and won't pay for additional coins if there's even a tiny-tiny chance to get them for free.


Some games offer an extra life or health redeem in exchange for watching video ads. You can offer smaller rewards, like hints or directions and put it at the place of stagnation in your game. Offering extra-life for the engaged gamer will result in higher opt-in rates than offering the same to a game newbie. The rule works also for the utility app: offer more to the engaged and loyal users.


If your app has a paid version, you may offer users to upgrade to the premium version for 1-2 days after watching the rewarded ad. They can watch video ads repeatedly to continue using premium version or pay to upgrade.

Dealing with different user expectations, you need to form unique incentives to different user segments. Use their in-app behavior, location, and daily app activity to tailor rewards to their needs. If the customer uses the app only once or twice a week, offer him combo-reward for daily activity to increase his retention.


Another good way to increase new user's engagement and time spent in your app is offering him to unlock the new game level or gain a new handy tool in utility app.


Rewards beyond the app

You can reward your users not only with virtual currency or features — you can offer them real discounts beyond your app. Partnering with online or offline shops can result in good discounts for your app users, giving them additional motivation to come back to your app. Real-world discounts or cash back are a good idea, especially for utility apps. Like Google Maps have partnered with Uber, who suggests driving you to the destination place when you search for the ways to get there. Or an app that gives discounts on the Amazon, coffee shops or popcorn when you don't look at your iPhone for 20 minutes.

Rewarded videos can be a powerful revenue driver if done right. Rewarded video placement tips would be different for mobile games and utility apps.


For mobile games, rewarded video ads could best fit in:


Best practices for non-gaming apps include such incentives:

How much money do apps make with rewarded ads?

Your revenue from the rewarded video ads depends on the monetization methods you are using and the ad mediation platform you're working with. Epom Apps handles ad placement, the waterfall of advertisers and optimization by themselves, taking all the hassle out of app developer. Epom Apps works with top ad networks and takes care of maximizing CPM for you.


What is eCPM vs CPM in rewarded ads?


The more users convert from the app, the more app publisher gets paid. The higher the eCPM is, the better for app publisher as it means that every ad impression was shown and rewarded ads are converting users.


How is eCPM in rewarded video ads calculated: 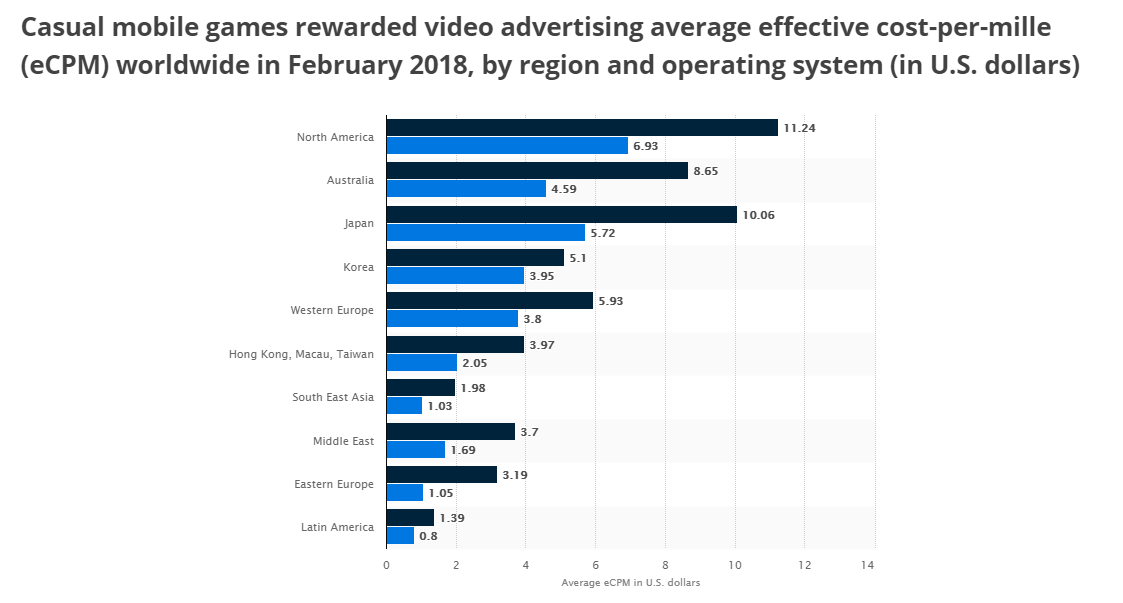 Why use ad mediation for the rewarded videos?

Ad mediation platforms allow mobile game and utility app developers to expand their ad revenue by connecting to the top-performing ad networks at once and choose to show ads at the highest bid. Instead of limiting yourself with one ad network, you can monetize your app using multiple ad networks and receive aggregated payments in one platform with no delay.


Epom Apps is a smart ad mediation platform that has an AI-based optimization algorithm and top-performing ad networks in just one SDK. They provide competitive eCPMs globally with 98% and higher fill rate.


With ad mediation, the app developer can get more income while displaying the same amount of ads in the app. With the experts' advice on placement and ad formats to use, app developers can get up to 30% higher ad revenue compared to the average rates across the industry. Moreover, the rewarded video ads can increase in app purchases and drive you even higher ad revenue.


Ready to monetize your app with the highest eCPMs and 98% fill rate globally? We'd love to help you earn more with the rewarded videos.

Stay up-to-date with our articles, news, events and more